5 Ways to Make Introverts Feel Like They Belong in Meetings 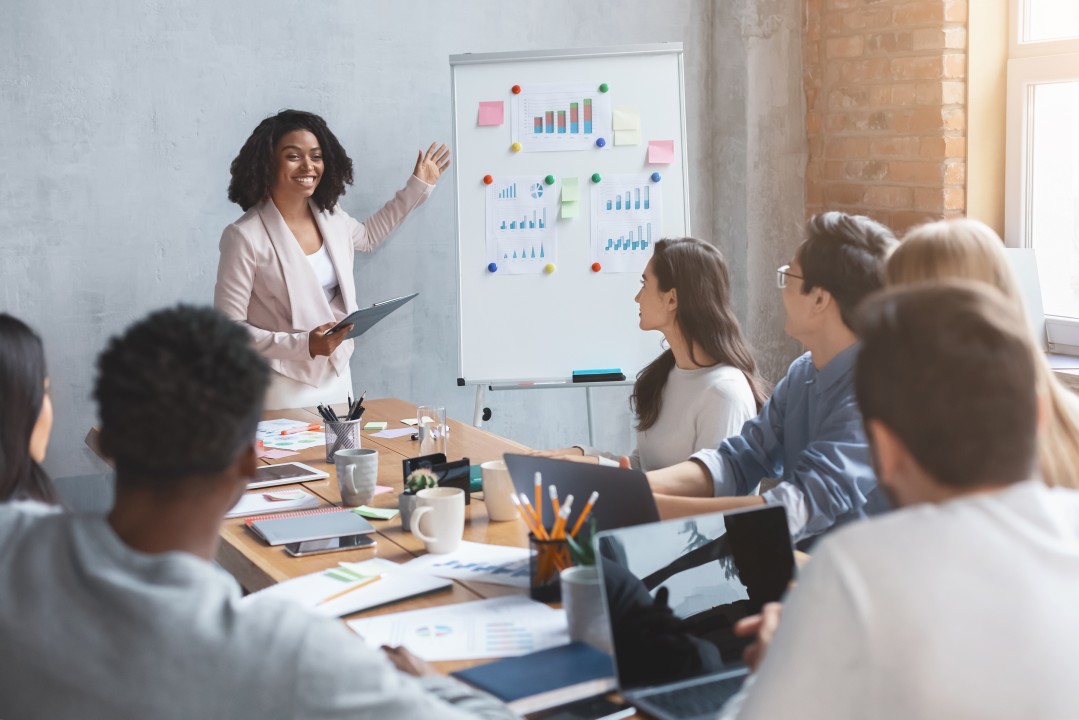 For many people who are introverted, meetings can be an unpleasant experience. They way that most workplace meetings are conducted, don’t allow the time for thinking and processing information before speaking, that introverts prefer.

A good Chair or facilitator of a meeting will recognise the diverse thinking styles around the table and make sure that everyone has an opportunity to contribute. However, it is often not the case that this happens.

Over the past 18 months over 1200 people have completed my Confidence, Influence and Impact Assessment for introverted women who are senior leaders and 85.3% rate themselves below an 8 out of 10 (where one is the lowest and 10 is the highest) to the question ‘I am a confident and engaging speaker, and command the room at meetings so my voice is heard. I am as confident speaking up in the boardroom as I am anywhere else.’ There were a significant number who gave themselves a very low rating in that 44.8% rated themselves a 3 or below out of 10.

When members of my community for introverted women leaders are asked what challenges they face as an introverted leader (or aspiring leader), a few of the responses relating to meetings include:

‘As a deeply thinking introvert it takes a little while to feel able to articulate my thoughts in a way that others understand.’

‘I’m slower to participate in groups and then I fear that reflects poorly on me.’

‘Not being able to speak up around loud and talkative people. Getting interrupted.’

‘Being able to speak up in meetings.’

‘Confidence to speak out in meetings.’

‘Lack of confidence in public speaking and meetings. I also often feel insecure and shy, as well as overthinking.’

‘A high level of discomfort whenever I am asked to speak in meetings because my thought and response style is very different from the majority of the group. I feel judged, invisible-no matter what I say, I feel as though the message is not received.’

If the introverts at your organisation feel like they don’t belong at meetings because they are not inclusive to them, here are 5 things that can be done about it. And share this article with those who need to know.

1. She who speaks the loudest and most often doesn’t always add value

People who speak a lot in meetings are often misconstrued as being confident, knowledgeable, and to be sharing something of value. Whilst there are occasions when this is the case, it is not automatic that they are.

I once had a client who wanted to be more like her extroverted colleagues who could speak off the cuff. I challenged this on this. I asked her to reflect on what her colleagues were actually saying. She realised that often, a lot of what they said was not anything of substance until they got to the point that they wanted to make.

When I asked what the reason was for her wanting to be like that, reflecting on it, she didn’t. She was mistaking her extroverted colleagues who speak and process their thoughts as they are speaking as being better than her.

Recognise that she (or he) who speaks the loudest and most often is not always adding anything of substance to the conversation. Just because somebody does not speak a lot in meetings, does not mean they don’t have anything of value to add.

2. Be aware of the different thinking styles at the table

If your meetings have the same people attending, if you are socially aware, you will get to know and respond to the different thinking styles and characteristics. Develop an awareness of those who are quick to speak and those who take more time.

If you regularly facilitate or chair meetings with people you don’t know, be observant of the different styles. Learn to recognise those who are introverted and reframe how you see their thinking and speaking style.

Or, better still, view it as being that where there is a group of people not everyone will think and process information in the same way. Recognising the value in this and utilising the different styles will make for richer discussions and better quality meetings.

3. Fast responses are not always the best

There’s an expectation in meetings for people to respond on the spot, but fast responses are not always the best. By expecting quick responses, you could be missing out on quality. If there are always jam-packed agendas that people want to get through quickly, maybe you’re putting too many items on them.

Leaders often tell me that they go to too many meetings, some of which are not necessary, but there is an expectation that they be there. There are many meetings where matters could be dealt with in more efficient ways. Perhaps it’s time your organisation reviews the number of meetings that are held, streamlines them, reviews who needs to attend, and only holds ones that are essential.

4. Mix up the format of your meetings

Rather than holding your meetings in the traditional way (just because that is how they have always been held), hold them in different formats. Formats that cater to the differences in the room in a way that is inclusive.

Create an environment that encourages diversity of thinking styles, that welcomes the thoughts of everyone at the table. Suggestions include, giving people time to process what is being asked; asking them to write down their thoughts (and allocating time for this) and then gathering what has been written together to read out; going back to people to see if they have anything further to add; and the list goes on. Why not ask the people that you meet with what would make meetings more inclusive for them?

5. Increase awareness throughout the organisation

Raise awareness in your organisation about the ways in which meetings are not inclusive. And remember, it is not just those who are introverted who may not feel like they belong, other groups of people may too.

Those who are in the minority to the dominant group are more likely to experience imposter syndrome and that they don’t belong than those in the dominant group. Whilst some of these differences will be visible, e.g. gender, ethnicity, visible disability, there will be other differences that are not.

Giving thought as to how your meetings are conducted and making them inclusive means that all who attend will feel like they belong. So, what can you do to make your meetings more inclusive?

What has your experience been of attending meetings where you don’t feel like you belong and how (if you did) did you deal with it?

Carol Stewart is an Executive, Career and Leadership Coach specialising in introverted women who are senior leaders. She’s been the featured expert in Women and Home Magazine, Good Housekeeping Magazine, the Telegraph, on BBC Radio 5 Live, named a LinkedIn Top Voice UK 5 times, and received awards for her work developing women leaders.

Through her work Carol has helped 1000s of women across the globe to increase their confidence, influence and impact as leaders, and overcome imposter syndrome, increase their executive presence, improve speaking performance in meetings, get a promotion, and much more.

Her vision is that ALL women achieve their full potential and become influencers of positive change in their respective fields.

If you are an introverted woman and a senior leader and want to increase your confidence, influence and impact, take her free assessment and get a report identifying areas to develop. You can take the assessment here. You can also listen to her Quietly Visible podcast here.

Why choose to hire Virtual Assistants in the Phillipines?

Flexibility on the Front Line

Appreciating Your Clients Around the World: Our Top 5 Favorite Ways to Impress Them

4 Ways to Save On Your Car Insurance in Victoria